”  Happy to have been part of The India Inclusive Walkathon, an initiative by India Inclusion Foundation. It is India’s first Walkathon designed for everyone. There was an excellent response as soon as the event was announced , and it was exciting to see the participation from so many super charged individuals. Major D.P.Singh graced the event with his presence. A Kargil War veteran who lost one of his legs in the battle field, and now is a champion blade runner . Major D.P.Singh led the walk and also distributed his book ” Grit “. Jyothi , Kannama fame specially talented singer , entertained the crowd with her lovely and lively songs. Thank you Participants , Volunteers , Sponsors , Participating Groups, and support team members…. For making this a successful Event “

” Great experience volunteering and participating in the first ever Inclusive Walkathon at Chennai.

Humbling to see nearly a thousand people participating in the Walkathon. Several differently abled people – people on wheel chair, people helped by others, visually challenged people and people with several invisible challenges all participated. Also, to increase empathy and awareness, there was a “buddy walk”, where people walked blindfolded, guided by their buddy, giving the Walkers an insight into the world of people with vision difficulties.

Another highlight of the program was the participation by Major D P Singh, a Kargil War veteran who lost one of his legs on the battlefield and has since become a champion blade runner. Absolutely awe inspiring. To paraphrase an old kannadasan song “சிங்கத்தின் கால்கள் பழுது பட்டாலும் சிறப்பு குறைவதுண்டோ!”

To spread awareness of what can be accomplished in life (notwithstanding the difficulties and challenges), copies of the book “Grit”, the life story of Major were distributed. For Tamil readers, copies of the book உயர்ந்தவர்கள் that I translated to Tamil from the English book GIFTED by Ferose and Sudha Menon (documenting the achievements of 15 unsung differently abled heroes) were also distributed.

It was also an opportunity to see on display some special talent.. melodious singing by visually challenged Jyothi which sent the audience into cheering and dancing; magical performance by Manas from SAP and my son Venkatesh Ramesh on being able to instantaneously tell the day for any date and any year creating an air of amazement and awe for the audience. All great examples of the India Inclusion Summit tagline “Everybody is good at something”.

Over the last few years, I have been a regular attendee at the India Inclusion Summit in Bangalore. Now the IIS movement has had its first event in Chennai. I am sure there will be more to come here!

When you come back from an event like this, you can’t help feeling inspired and humbled. On display were the limitless possibilities in life where every stumbling block can be turned into a stepping stone, where excuses for failures have been replaced by reasons for perseverance and success… left me as serene as from a pilgrimage… “

” At the #InclusiveMarathon Organised by the #IndiaInclusiveSummit A beautiful Sunday morning well spent by #Volunteering for this marathon. Nice to see my good friend Dr.Vidyaa Hari Iyer doing the MC for the event. Jyothikalai kick started the event with peppy songs and enthralled the audience with her beautiful voice… Thank you so much Iftikhar Zia Sir for wonderful event to spread awareness on #Inclusiveness. Let’s strive for an inclusive society “ 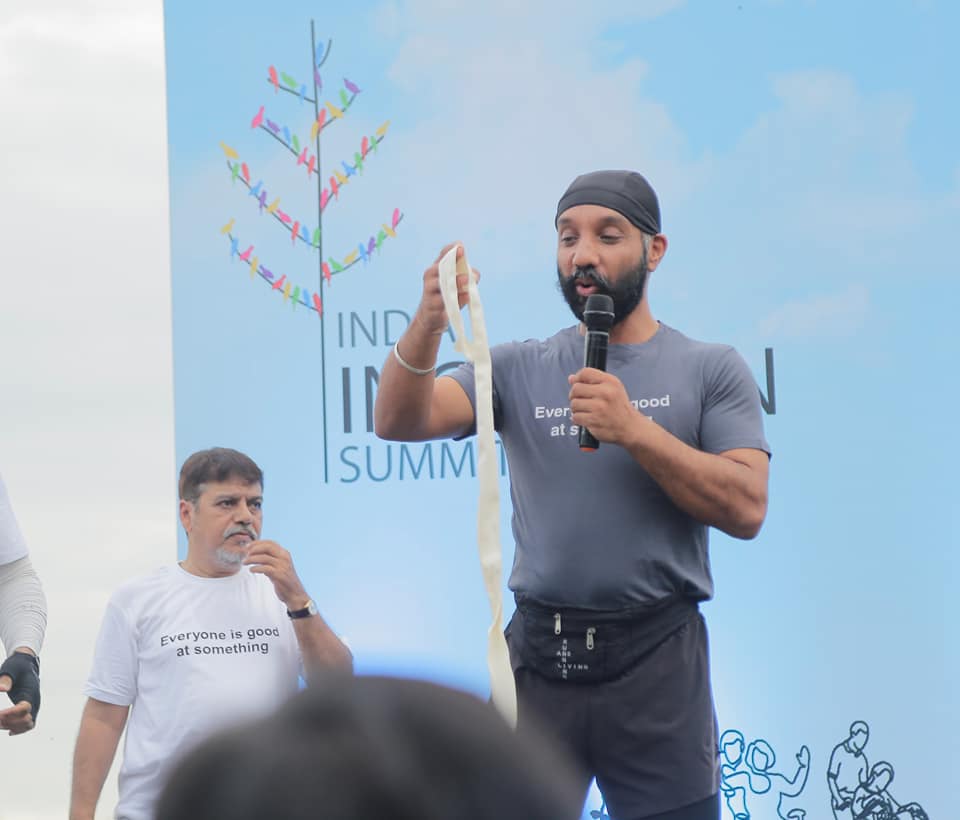 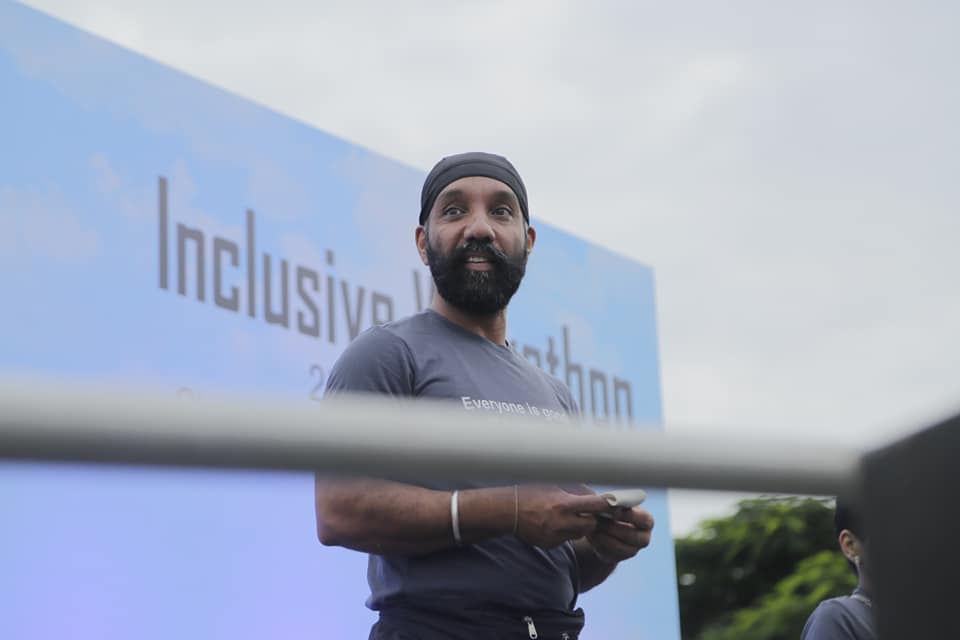 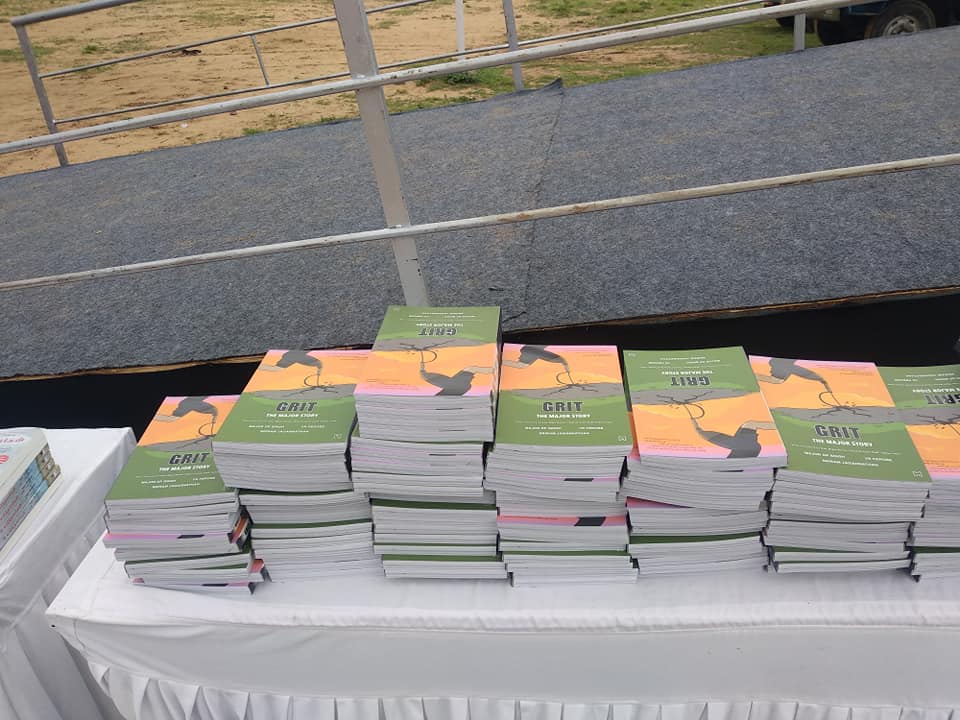 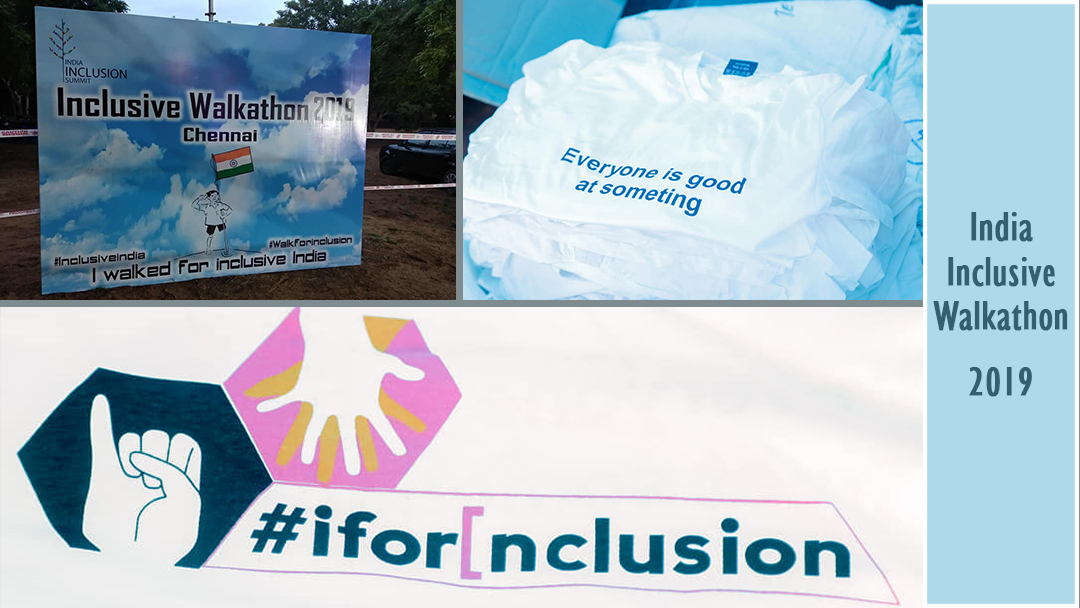 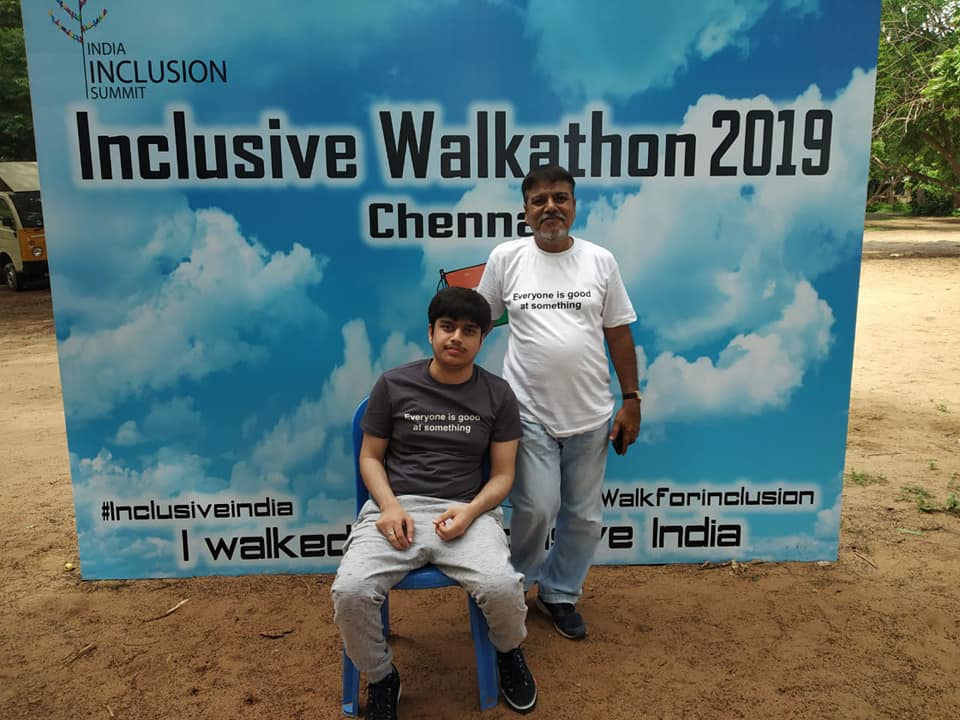 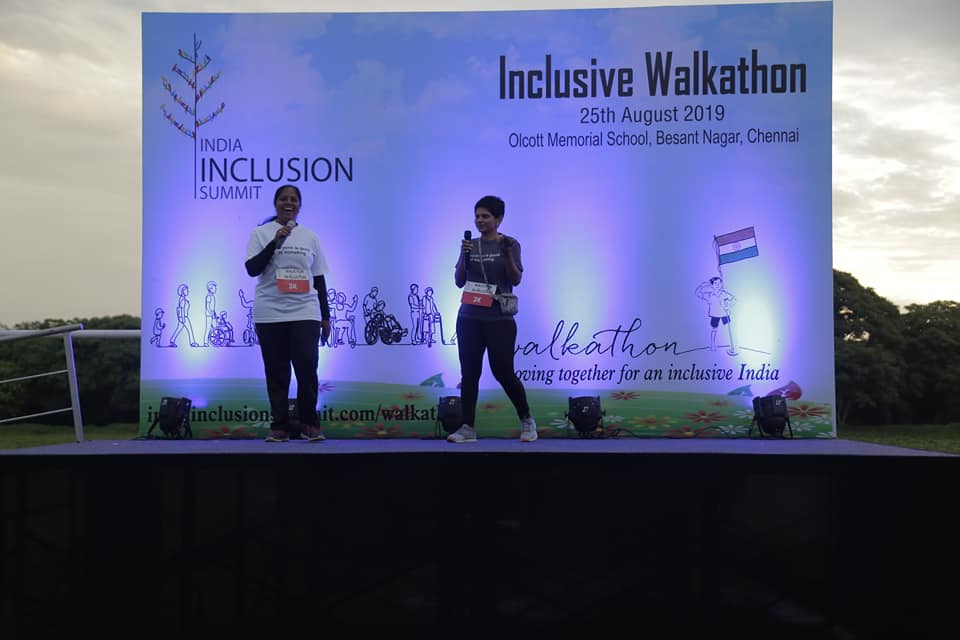 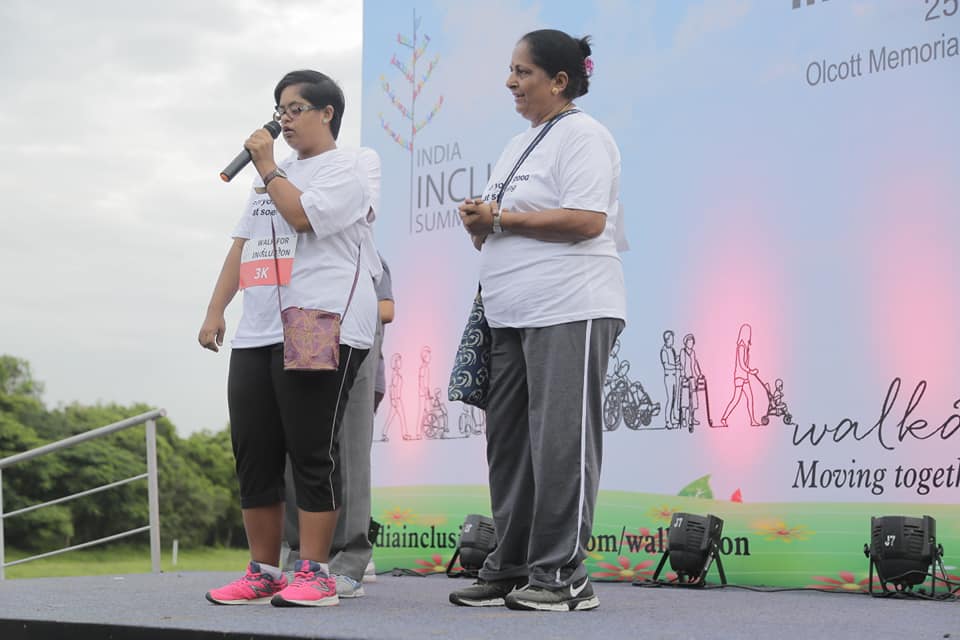 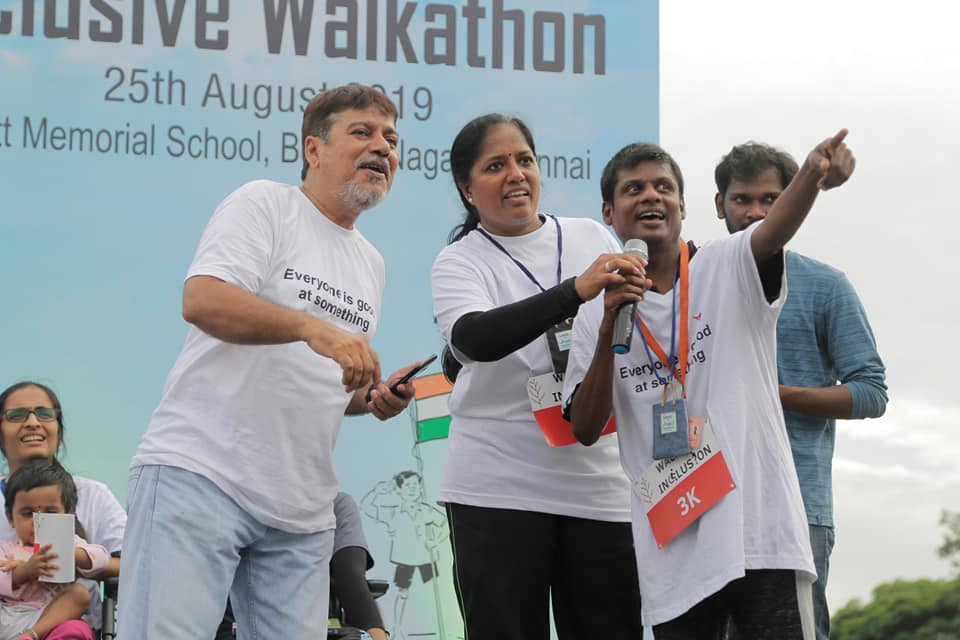 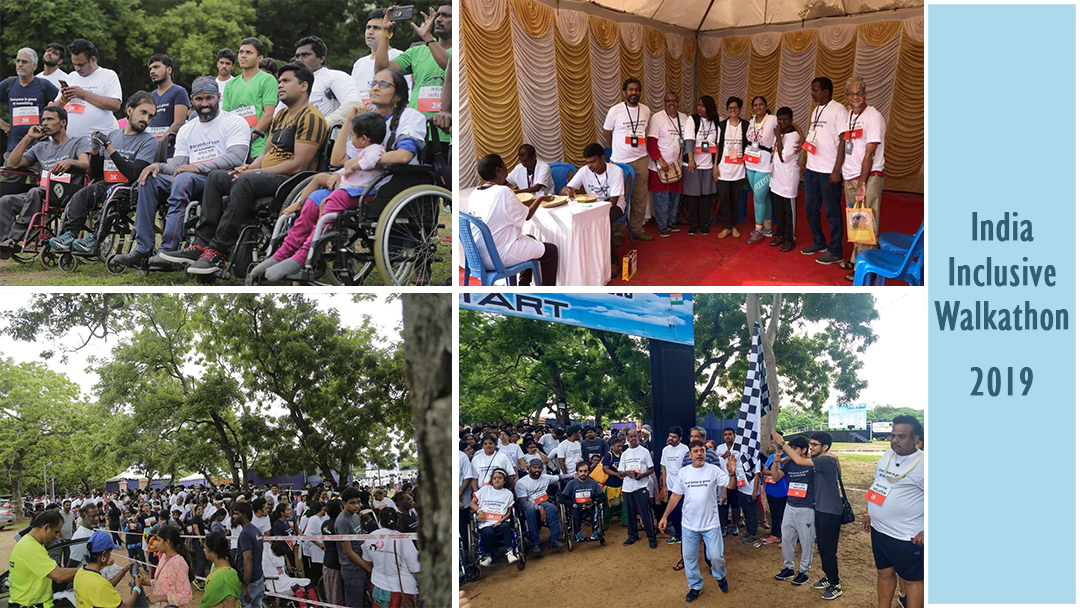 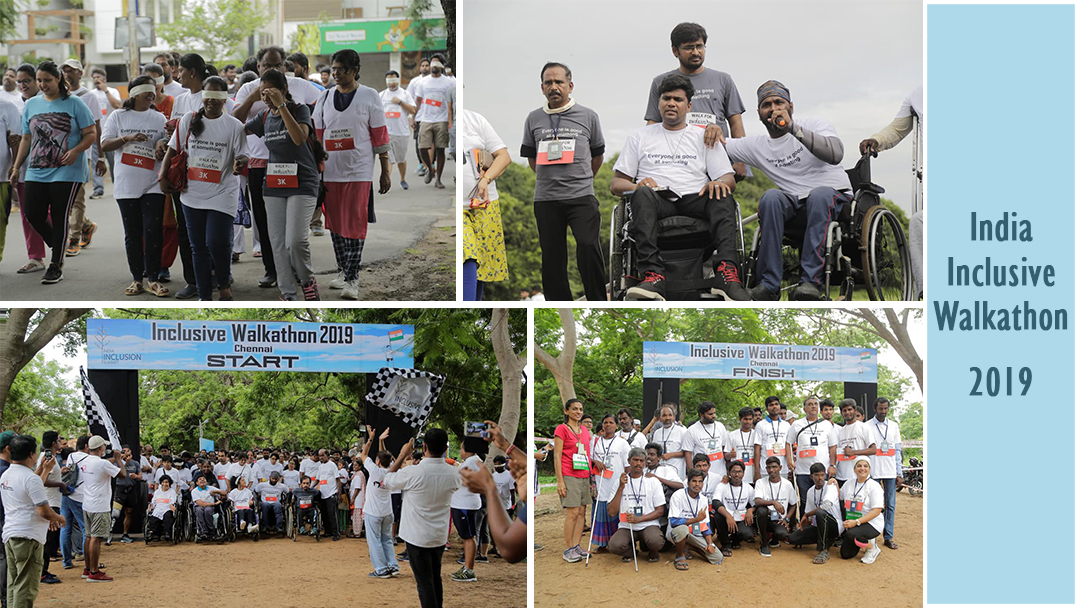 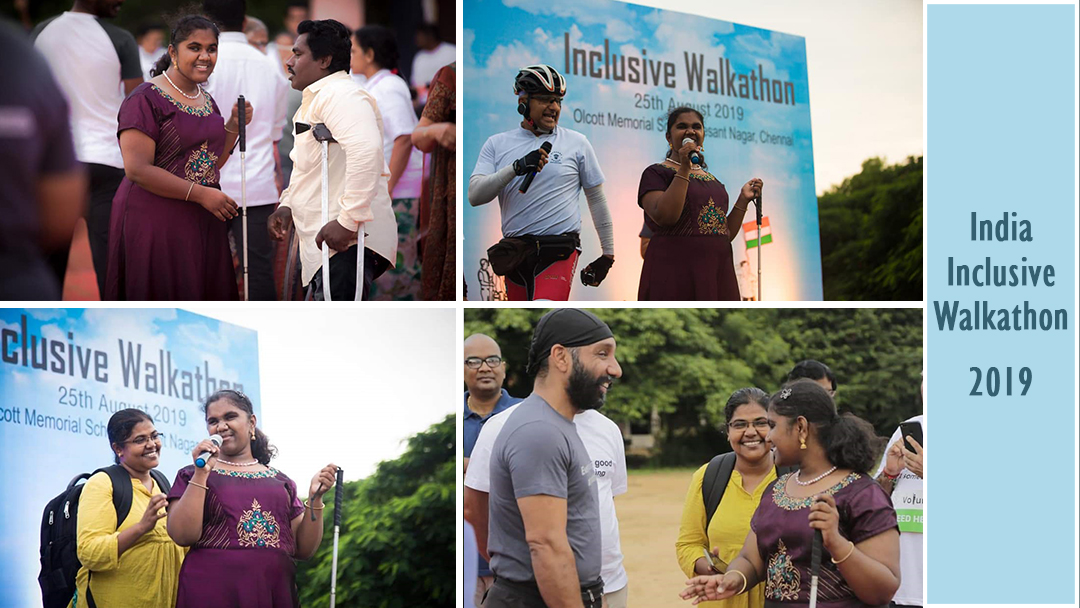