From Single Mom to Super Mom

Bargavi who had done her Hotel Management & Catering Technology, was leading a normal life concentrating on her career growth. She was quite happy with the progress she was making – She had started with The Trident , later moved on to Prime Roaster , and to Marry Brown n Office Tiger (RRD).

Unfortunately, the married life did not go well. Though with a good start, there was a slide in the married life.  The birth of her Child, made things worse for Bargavi as far as family life was concerned.

LHAMAYA, (who is now 11years old ), who has global developmental delay with mild hydrocephalus, chromosomal abnormality, can’t walk and talk , is fully dependent on her Mom. The day Lhamaya was born itself they got to know, that she is going to be a child with some complications as she did not cry for first 15mins, did not pass her urine and meconium and had to be rushed to Chennai Child Trust Hospital. Third day she developed jaundice and was kept in double phototherapy for 3 days. When her husband and in-laws understood that this is not going to be a normal and healthy child , life changed for Bargavi .She now shudders to even think that there were even suggestions to mercy kill the baby.

Every now and then the baby was getting hospitalized for almost first 3 years. Bargavi did not get any support from the husband , and throughout out the hospitalisation it was only her parents who stood by her, comforted and supported her.  When the karyotyping test was done , it was found out that her husband  was having a chromosome problem and the same her daughter had inherited. Bargavi was accepting this as fate , without finding fault , but this did not go well with her husband and in-laws. She tried her best to continue with the family life, she tried reasoning as well as pleading, but things did not work out for her. She was given an ultimatum –  “to continue living with the husband and the in-laws, she was asked to abandon the child or give to an orphanage”.  When she refused to do so, her husband abandoned her. A legal case is still going on for the past 5 years now.

Faced with the developments which were continuously pressing her down, Bargavi was going through very difficult times with stress and depressions. She was not finding a purpose for life. She thanks her parents, who were very strong in their support. Her parents helped her handle the emotional problems she was going through. One fine day she promised to her parents that she will live this life just for Lhamaya. She moved out to Chennai , rented an apartment, put the kid in a special school , and started a new chapter in her life.

Her decision had made her strong, but her problems were far from getting over. In between her personal struggles, Lhamaya’s health was not concentrated on. And with a legal case against her husband and in-laws, she had to appear in the court with her child, face the Judges and the other people, and get questioned for no fault of hers.

Being a single mom with a gifted child, and living alone was becoming very difficult, as the child never slept on a daily basis. It was only 1 or 2 days in a week, that she slept. The child used to get seizures at least 3 to 4 times every night, because of which Bargavi had lost her sleep patterns too. All these worries, emotional and physical strains was making Bargavi weaker, and was making her take hasty and wrong decision. She was drained, but looking into the eyes of Lhamaya , she was gaining strength and finding more reasons to live.

Bargavi wanted to do something productive. She wanted to use her free time, she did not want to get upset or angry with her child and at the same time did not want any stupid or negative thoughts to cross her mind. Her dream was to open up a small cafe but with a special child she realised it would be very difficult. She decided to do something related to arts and crafts and decided to start her own Jewellery business.

Bargavi started with a modest amount of Ten Thousand to start her online business. She was procuring and selling, and then her interest developed in designing the products. She is very much occupied and involved in this business now. Procuring, designing, maintaining inventory, delivery and customer service keeps her busy. What started off as a one to one business,  has expanded to deliveries all over India. She now takes part in online and offline events, where she takes stalls and displays her products. She is happy with the progress she is making, but the entrepreneur in her tells her that she can reach out to the whole world soon.

While working on this , the Chef in her started suggesting that she gives the idea of cooking  a thought  too – and “From Ladooz Nest” a YouTube channel came up. Bargavi uses this Channel to telecast videos on autism awareness , some of Ladooz videos and recipes. She is happy that the Chef in her is also getting attention.

She started taking her daughter everywhere, and started gaining more confidence to handle the situation with the acceptance.

Bargavi uses her channel and platforms now to spread awareness, and also to motivate others.

She understands the difficulties of a Single Mom with a special Child, and she wants the society to understand this too. There was a time, when she had worries whether the society will accept her and her daughter – but, not anymore. She has gained more confidence to face her situation, and also to counsel others.

Lhamaya’s medical condition is complicated – developmental delay with mild hydrocephalus. She cannot walk or talk and is fully a dependent child. Bargavi says her daughter  was used literally  as a research tool as whatever possible tests which were taken were showing negative. They even told – it’s really waste spending on her and asked to leave her to die and go for another baby (today Lhamaya is 11yrs old ). Apart from the huge amounts spent on the continuous tests and regular hospitalisation, Lhamaya used to undergo painful procedures and at one time – a wrong medication too, which created more complications.

Bargavi was giving her best for the medical attention – and trying out other fields of medicines too. Right now Lhamaya  is undergoing physiotherapy, occupational therapy, and neuro therapy at her school, with some exercises and  lots of commands from her Mom at home.
Since she is wheelchair bound, she is completely on diapers and it costs Rs. 1.5 lakhs per annum (just for diapers) and for all her medication for seizures, hydrocephalus and some general medicines, the costs are extra.

Bargavi says there is  a tremendous improvement now. Lhamaya is trying to kneel, sitting erectly , and more over for the past one year she started recognising her Mom and sticking with her like never before . Bargavi says she had waited 10 long years for this and finally achieved.  Now she waiting patiently, with a wish that Lhamaya will look into her eyes and say “Amma” once , and will  start walking too.

Bargavi has got many recognitions , and was recently awarded with an award for “Super Mom” . Lhamaya is the star attraction at all events now, and is escorted by a Happy and Beaming Mom.

Looking back at her tough journey so far , Barghavi believes that this may not have been possible had she not believed that …………………”It’s Possible “ 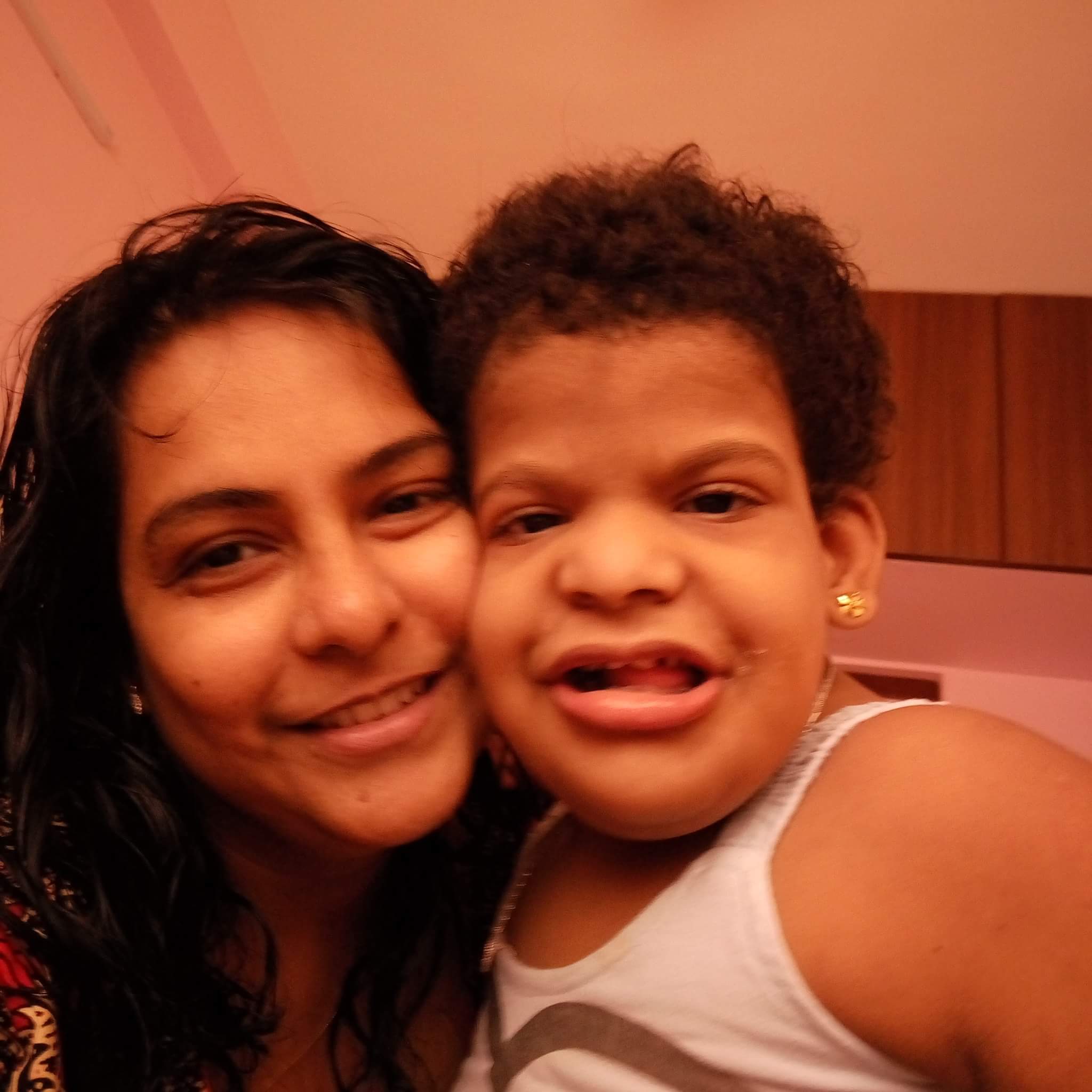 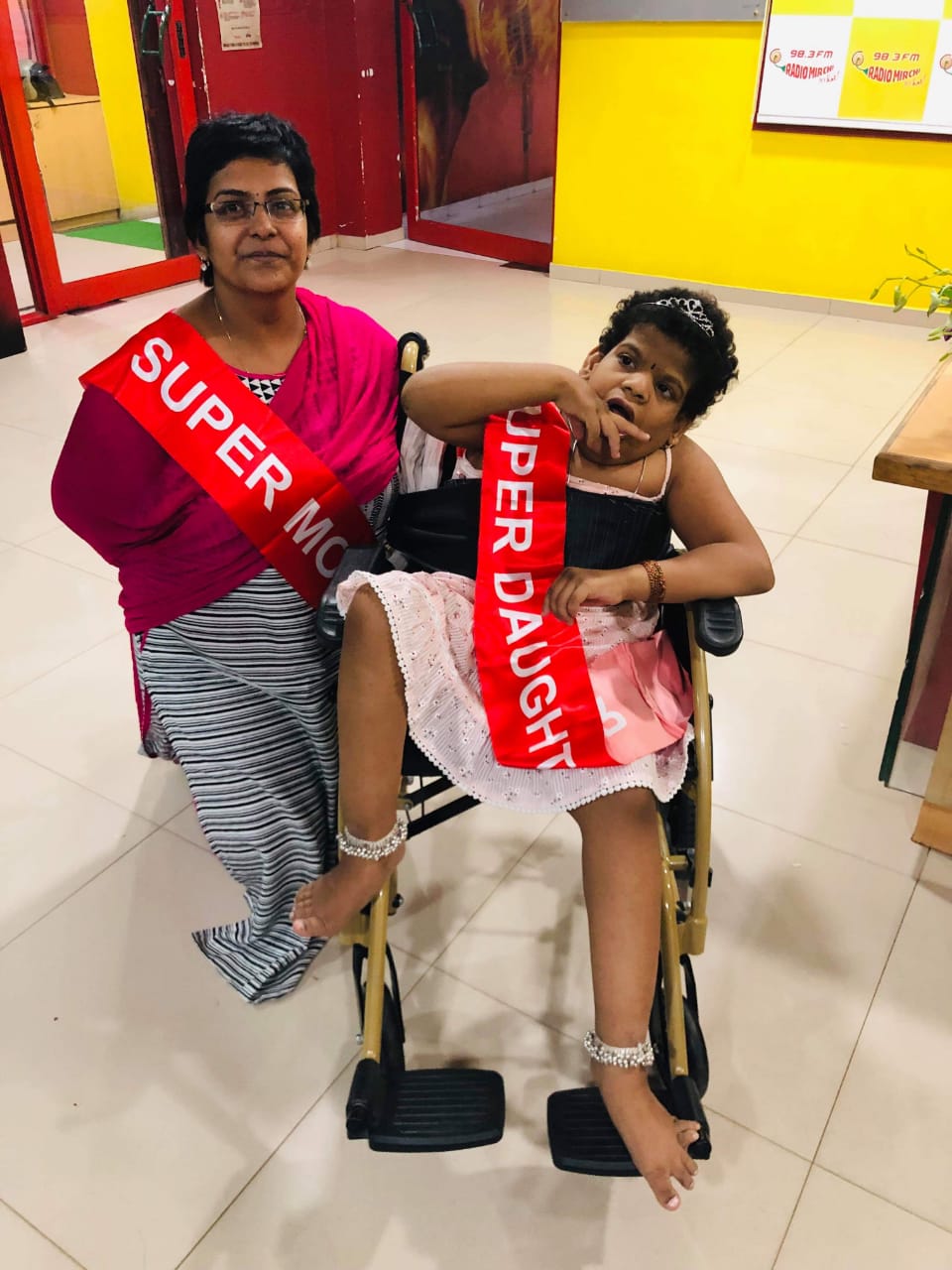 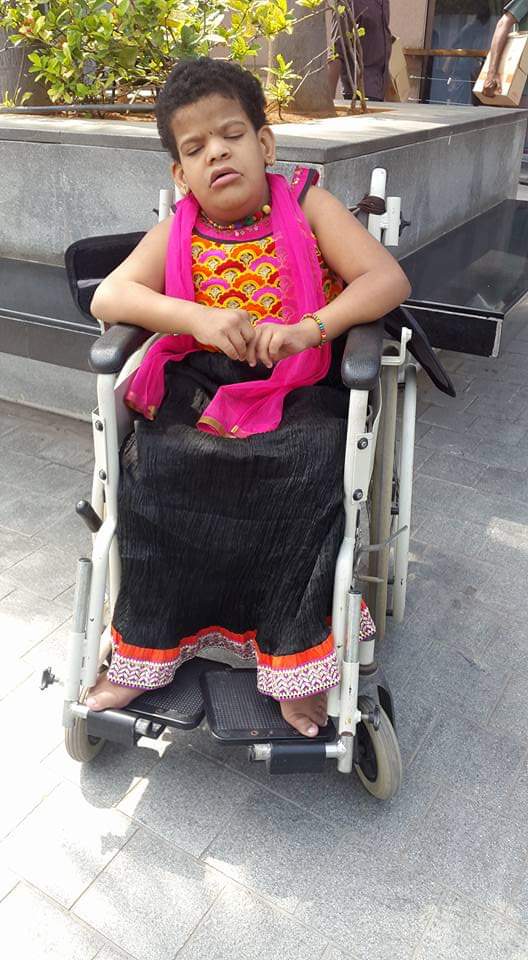