Meet Dhanya Ravi from Bengaluru , or India’s Glass Woman as she is popularly known as.

Born with a Rare Disorder known as Osteogenesis Imperfecta (OI ), she has suffered more than 300 fractures till now. Brittle Bone Disorder as this Rare Disorder is otherwise known as, causes the bones to fracture even with a slight pressure, so much so even a simple act of sneezing or coughing can cause a fracture.

Dhanya was just two months old when she was diagnosed with a  thigh bone fracture, and the doctors suspected a major problem, and her parents were informed that Dhanya could be having OI , and that she may not be able to lead a normal life. Her parents travelled all over the country looking for a cure , but they got only negative feedback  – either there was no answer or they were told survival itself would be a miracle. Confusions , lack of clarity and  lack of awareness of Rare Diseases and Disorders was one of the  main reason for her parents to visit multiple medical facilities. There was no proper counselling too.

It was only a  series of counselling sessions at the Christian Medical College, Vellore, which convinced her parents to accept  the situation and realise that for Dhanya  care was of utmost importance.

Dhanya’s memories of childhood were of only Hospitals. Her visits and stays at Hospitals were so frequent , that they had become her second home.

Earlier it was a visit or two to the hospital every month to give the best possible treatment.

Regular rodding or cast for fractures is one of the treatments along with painkillers for OI. But she has never insisted any of these solutions as doctors and her parents were not aware of the same, apart from painkillers.

Gradually Dhanya was getting so used to the pain and she slowly decided not to have pain killers.

Dhanya says ” Seeing my Mother cry at times , pained me more than my own pains “

When she was just a child , she began realizing that she is different from the other children. She came to know about OI, and that her bones could break anytime and for no reason, and that she would need to be always very careful for even a simple activity. She used to see the other children run and play, and understood that this activity was not for her.

Her parents and her brother continued to be the major support to her. They took necessary care and precautions – but never treated her differently. She was encouraged from a very early age itself to be herself and search for her own abilities and potentials. She was personally becoming mentally strong while she was very young , but the lack of accessibility and the mindset of society was forcing her mind to believe that the journey could be tough.

She was realising that people were not even aware of the problem she was facing. At times the looks and at times the questions – prompted her to speak about her medical conditions. Without any hesitations, she used to calmly explain to others about OI and also about Rare Diseases and Disorders.

Due to her health and physical limitations, going to a regular school was difficult. She was not given an admission in many schools where her parents approached. Home Schooling was  the only option left. Her neighbour, Victoria Aunty, took it upon herself just of out of true love to teach her. She did not take any money , instead she paid full interest in Dhanya. Thanks to her coaching and guidance, Dhanya completed  preparatory course from Indira Gandhi National Open University, and then went on to complete an Online Novel Writing certificate course from The Climber Knowledge and Careers Private Limited.

She developed an interest in music, and this was working like a therapy for her , and her interests in reading different genre helped her in becoming a writer herself. She regularly blogs her thoughts at Dhanya Ravi – where Words Speak

Her being in a wheelchair has in no way restricted her travels. She travels within India, and has travelled abroad too. While she stays in Bengaluru, she travels regularly to her home town in Kerala . She is actively involved in NGOs in both the cities. She is always eager and adventurous to step out of her comfort zone. She had been to USA and stayed there with her brother. She travelled to Boston , New York and Miami and proved that disability cannot be a limiting factor for one’s will. And while in USA , she was busy spreading awareness on OI and Rare Diseases, and she was also a part of a Fund raiser in Boston.

Today Dhanya is a very popular person – She is a writer, a motivational speaker, an influencer , a digital marketer, a social worker , and a columnist for both online and offline media.

Since she is very active on the internet and in social media platforms , she has a huge number of fan followers

Being a motivational speaker , TEDx and Josh Talk speaker, Dhanya has addressed more than 4000 persons globally. Her personal  life journey and experience has instilled confidence and has empowered many differently-abled people to improve their lives and careers despite their challenges.

Currently, she is active in mobilization and sensitization for OI, rare diseases and disability community individually and collaboration with different non-profit organizations (NGOs) in India and USA. She advocates for genetic and early diagnosis of rare disease through public talks, fundraiser and awareness programs.

Dhanya is also one of the founder trustees of Aasmaan Foundation Trust and one of facilitators for an inclusive dance group called “The Invincible”. She also volunteers audio reads for persons with visual impaired group.

“I advocate for mandatory genetic testing of all pregnant women and also for early diagnosis to facilitate rehabilitation. Apart from medicines and therapy, family counselling is also very important. If hospitals have a cell for this purpose, it will help families face rare diseases with more information and apathy,” she says.

At Amritavarshini Charitable Society, an NGO for people affected by osteogenesis imperfecta, Dhanya played a very important role. she was an active member for the NGO for 10 years. She started to spread awareness by speaking in public forums , in news and in TV Channels. She was also instrumental in raising funds for surgery for another person with OI.

Dhanya has been featured in many National and International news , magazines and sites. She has shared the stage with some of the leading names from different segments.

Dhanya’s smile and lovely way she talks – would make one feel very comfortable to sit and have a chat with her. She has a charismatic style which could hold a person in awe when she talks.

About Aasman – Aasman Foundation Trust (aasmaan.org) is formed with a purpose with a key intention of supporting people with disabilities to live a life of passion and dignity. The foundation creates opportunities for people with disabilities to get exposed to avenues of life that they are often excluded from and thereby discover their passion and confidence. This happens through social awareness, training session, physical fitness-dance to name a few.  aasmaan fashion show,

About The Invincible – The Invincible – is a brainstorm of Dhanya’s few friends who are passionate in the community development and fitness. Presently all the activities are  managed through the WhatsApp group. The purpose is to enable and empower persons with disabilities and transgender to move beyond their limitation, it is about embracing each one of them the way they are.  Dhanya plays a humble role in regulating some of the activities.

Empowerment of Persons with Disabilities under the Ministry of Social Justice &

• One of the facilitator for an Inclusive Dance called “The InVincibles”.

• Visibly Invisible – interact One Step at a Time

• Has addressed motivational talks at various platforms including schools, colleges,

• After witnessing her physical struggles at a hostel hall, the building authorities

• Appreciation and messages on disability empowerment from some of the most

influential people in India for enabling persons with disabilities to live

independently and participate in the community-based program.

• Dhanya’s disability taught her to unlock her potential.

” This action of being able to connect those who could help with those in need helped me recognize a higher sense of purpose in life. ” says Dhanya

• Many articles about her life journey were published in journals like DailyMail (UK edition), The News Minute, Times of India, Deccan Herald, Indian Express, The Better India, Yourstory, Vanitha Magazine, Manorama News, World Through My Eyes (Singapore edition) and Mathrubhoomi news to name a few. 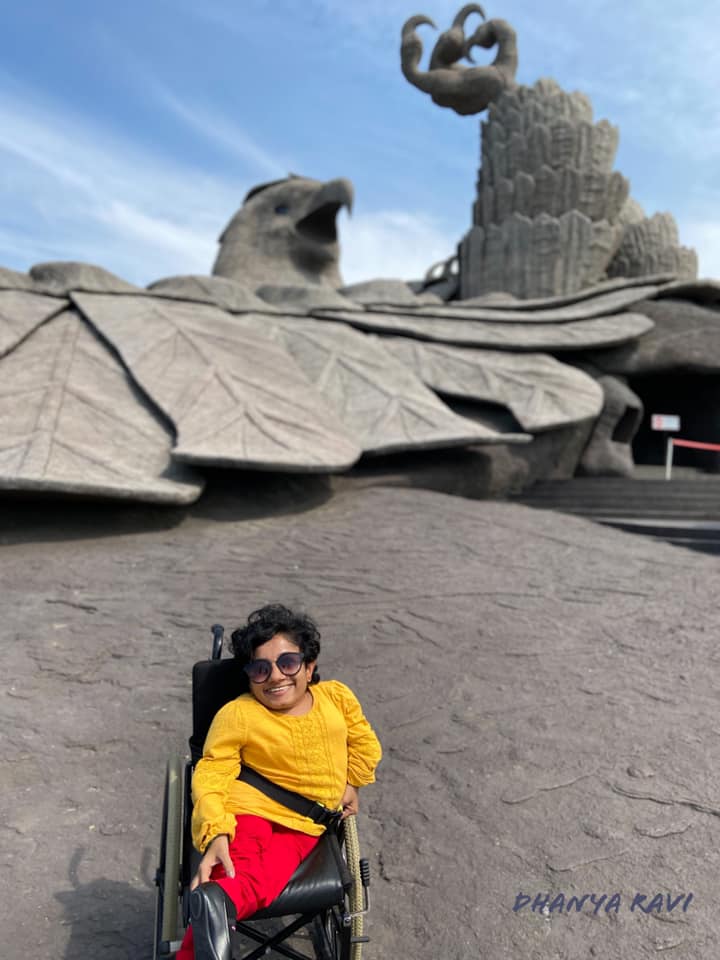 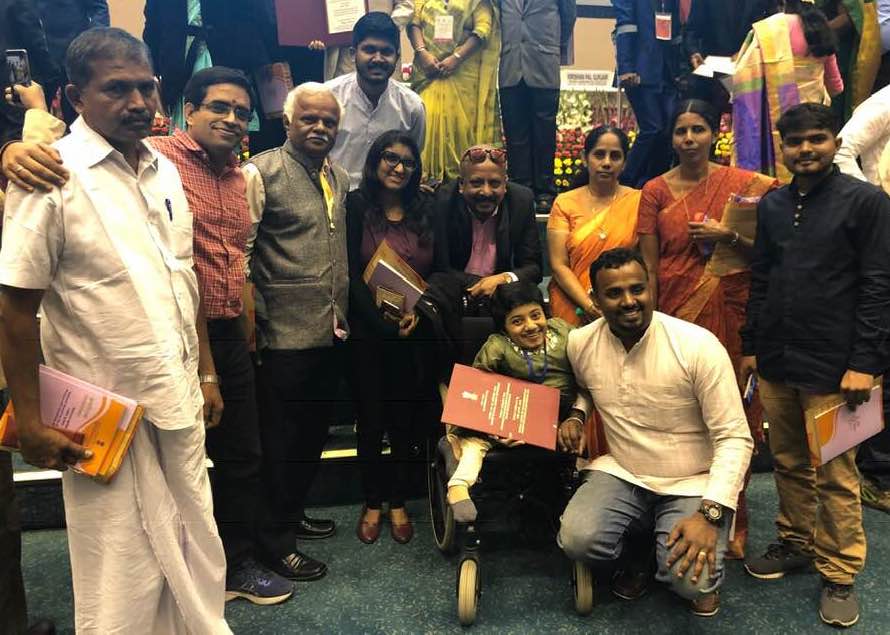 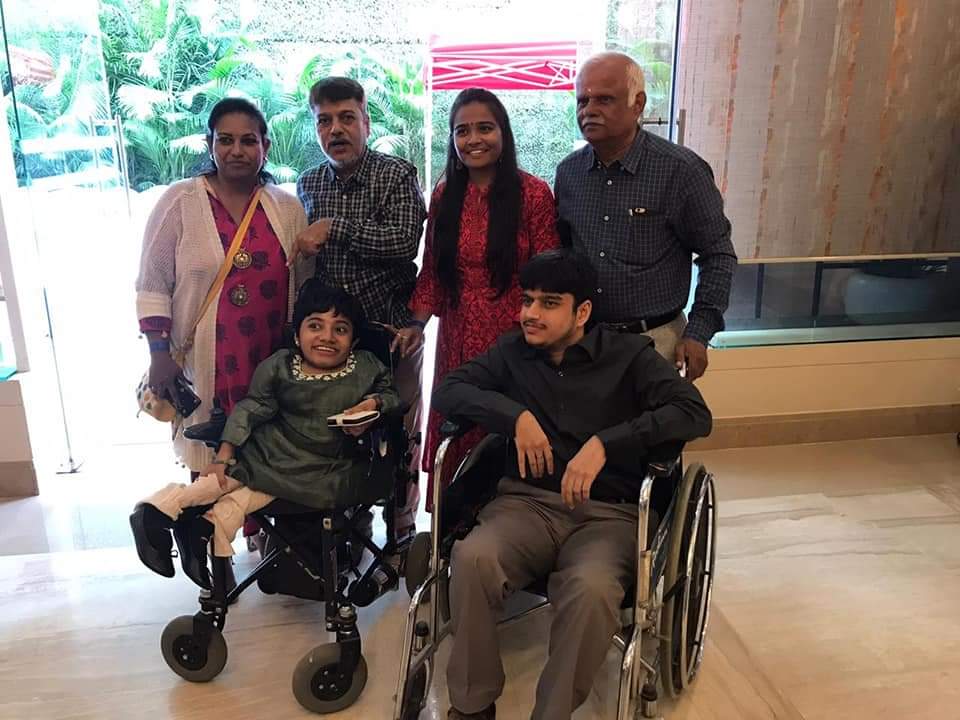 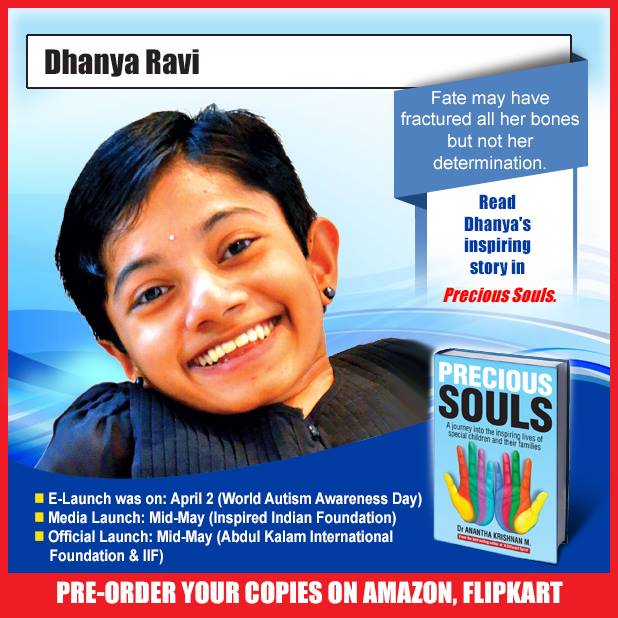 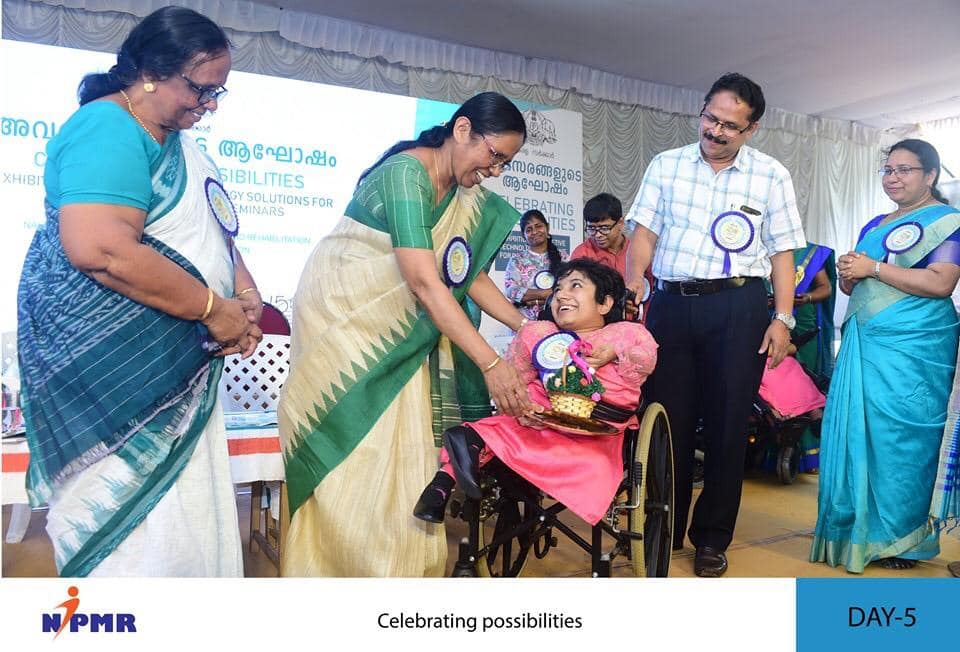 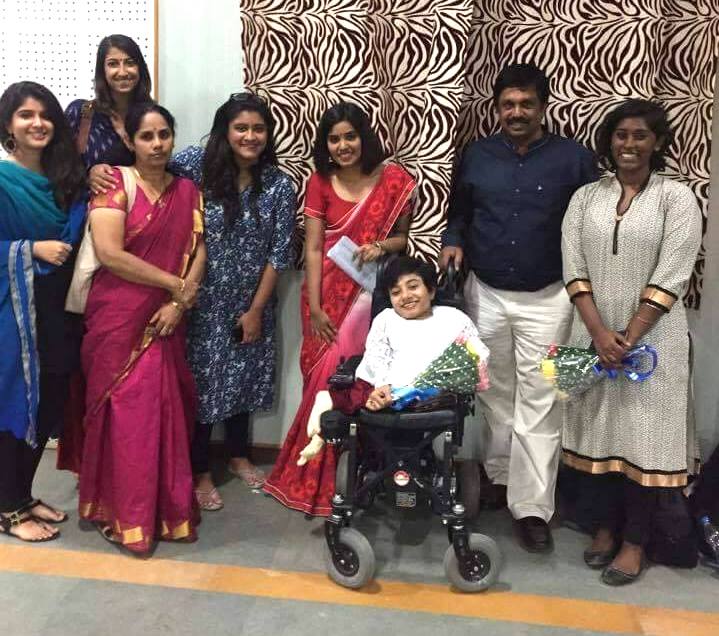