Zoyeb Mohamed Zia, currently works as An Assistant Professor of Zoology in a College in Chennai

His path to the current post was filled with different difficulties and challenges.

Zoyeb Mohamed Zia, who is now 26 years old, was a very active, jovial and a normal boy till he was about 15 or 16 years old. When he was in XI Std, he was beginning to feel some differences in his body and limb movements. The coordination of hands and legs was not like before and he was also losing his gait balance. He first noticed something really wrong when he was playing football, but he continued for some time believing that this could not be something alarming.

But, over a period of few months, things were getting more difficult for him and the loss of balance and poor coordination was becoming visible and noticeable. The first few medical consultations suggested that he could probably be having Ataxia, a Rare Neurological Disorder.

Ataxia is one amongst about 7000 known Rare Diseases and Disorders. It affects the limb movements, causes poor gait balance, slurs the speech and sometimes affects the eye movements. Since there are many variants to Ataxia, getting tested for confirmation is very difficult. Some of the tests were not available in India, and for some the cause was unknown and no test was available.

With the onset of Ataxia, life changed drastically for Zoyeb. He was going to his XII Std, an important phase in a Student’s life, and here he was running around all over India, consulting different Doctors, undergoing various tests and facing too much negativity all around. Since there is no known cure for Ataxia, it was a difficult time for him to go through.

With the negativity all around, and the constant visits to different hospitals, Zoyeb was going down under tremendous pressure. But by God’s Grace, he was accepting certain facts and was willing to go ahead to face the challenges.

His family was fully supportive, his School Principal played an important role, and Zoyeb cleared his first uphill task of clearing the Board Exams.

With the progress of Ataxia, his walk was becoming difficult, and his handwriting was getting worse. He needed support to walk around.

He started his BSc Zoology in a Regular College, and got good support and motivation in the College. The College, his friends, the different Principals and his HOD played a very crucial role during this period.  Even during this period, the medical rounds, the tests and stays at Hospitals continued.

He did his MSc and M.Phil in Zoology in the same College and he also did a correspondence Degree in BSc Psychology.

He had developed an interest in teaching as a profession. When he completed his MSc, he appeared for a State Level Eligibility Test (SET) which qualifies one to be a Lecturer. He cleared this in first attempt. And the College encouraged him to apply for a vacancy which had come up.  Now, for the past 2 ½ years he is working as an Assistant Professor of Zoology.

This year he has signed up for PhD too.

The period of standstill till now, has been a long tough and challenging period of Zoyeb. He had to perform while facing challenges.  Apart from physical challenges, he also faced situations from stares to avoidance. On top of that, a Rare Disorder is not known or understood, and as such some even suspected he was faking this whole thing.

“While the desire to change has to come from within, the outside situations also play an important Role “… says Zoyeb. He believes that though there might be a desire in many to excel, not many would have support or willpower. Some could come to terms in a short period and for some it might take a longer time. He believes during struggling times it would not be easy for one to take proper decisions. And in case of Disabilities, the focus shifts on the Challenges one faces, and the person’s abilities do not get attention.

“We have fatigue, we have a low level of depression always, we have mood swings and all these combined with the physical symptoms make life with ataxia really tough – but as a rule you got to play the hand you are dealt, and play it the best you can.The Challenges or Disabilities are established and putting every opportunity through this sieve would not help. Instead, one has to start focussing on the abilities, and also look at what one can continue doing despite the challenges “…says Zoyeb.

The Rare Disorder, the hospital and labs rounds, the challenges, the support and motivation which he got, prompted him to start volunteering in different segments. He and his Dad, now volunteer in Rare Diseases and Disorders Segments, and in the Inclusivity Segment. Zoyeb is very keen on motivating persons facing challenges.

Zoyeb always keeps himself busy with his Online Courses,video Games, and exercises at times.

An Assistant Professor, a PhD Scholar, A Gamer, A Foodie, he has been on the ramp as a model and would like to try his hand at sports like swimming, archery and boccia. 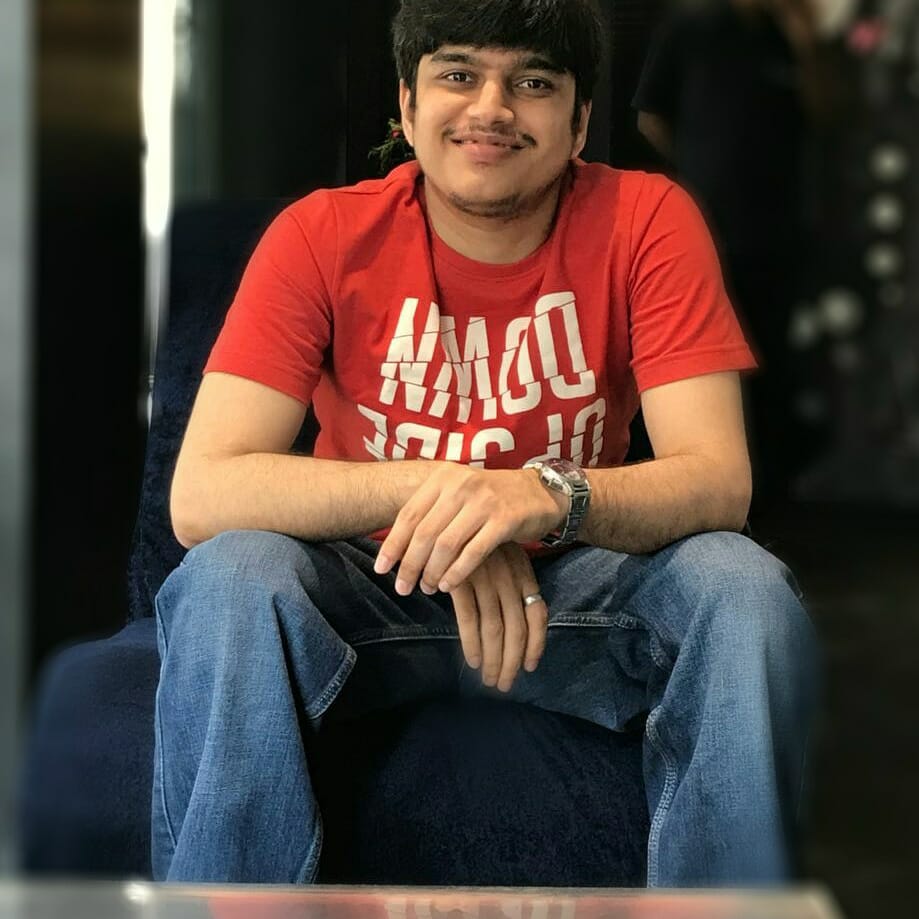 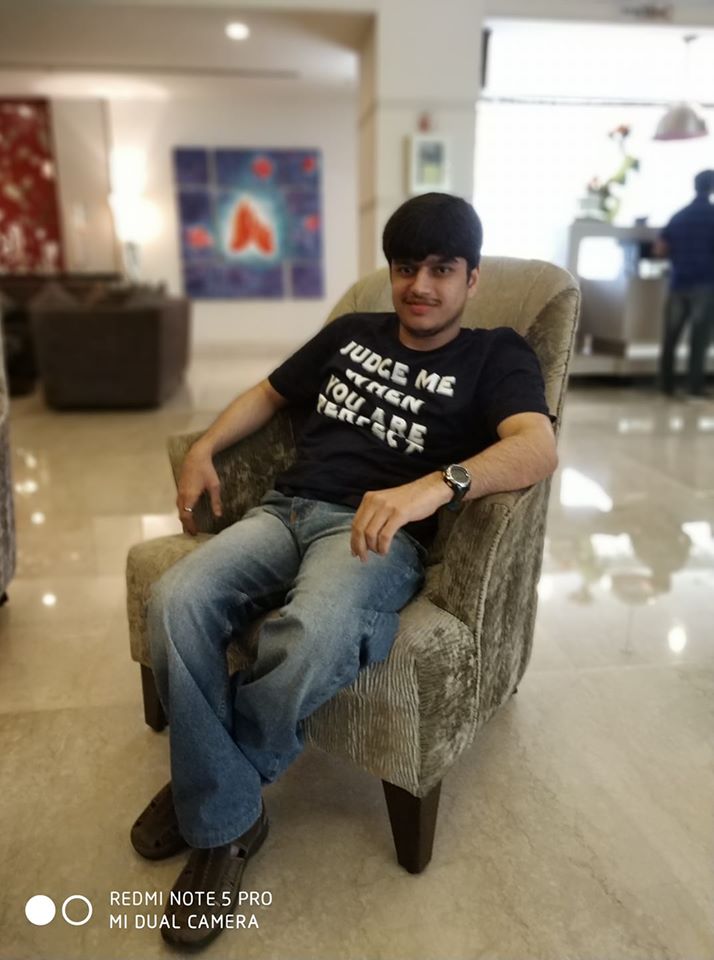 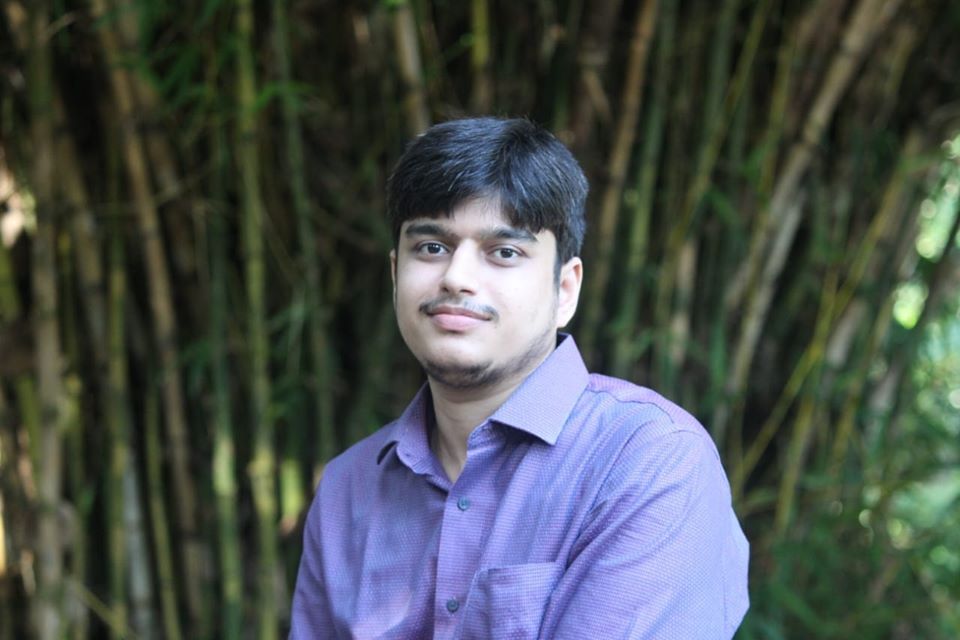