GV Oviya, daughter of Vijay Raj and Kokila hailing from Neyveli, is the first visually impaired girl in the State to take the exam independently using the computer to appear for the CBSE 10th Board Exam.

Oviya was suffering from loss of vision from early childhood, and had lost her vision completely by the time she was in class VII. Studying at Jawahar Higher Secondary School in Neyveli, she scored 447 marks in her CBSE X Board Exams.

“My daughter started having visual impairment at the age of four . She was suffering an impairment called  RP  (Retinitis Pigmentosa) https://en.wikipedia.org/wiki/Retinitis_pigmentosa.  The vision gradually diminished and by the time she was in her seventh grade, there was a total loss of vision. We started typing training when she was in her 3rd std while at Chennai. My friend Sankarsubbaiah said that computer typing was possible using a screen reader software. From then on Oviya started learning to type on the computer using this software ” – says her father Vijay Raj, who works with Neyveli Lignite Corporation Limited.

She was studying in Chennai, and when her father was transferred to Neyvali , Oviya joined her 5th grade in Neyveli. She used to take her laptop to school and used to type out the lessons every day. She was facing difficulty for Maths alone, and she used to come home and get this checked with her parents . By the time she was in her Tenth , she had become very comfortable and fast in using her laptop. She has continued studying in regular schooling environment.

“We did not want our daughter to study in a special school or stay in a hostel. We wanted her to attend a regular school like everyone else. This is exactly what every parent wants for their child. Public and Private schools should come forward and make all schools inclusive . Visually impaired children should also live a normal life. As a mother I request that the Society as well as the Govt should come forward to make this happen” says Kokila – Oviya’s Mother.

Karthik Sawhney a student from Delhi Public School has been Role Model for Oviya. They had met him in person in Chennai. Karthik also a visually impaired person studied in DELHI Public School, went on to graduate from Stanford University and is currently working with Microsoft.

Oviya says she is ver happy with her result . “ I thank my Parents , my Teachers , the School Prinicpal and all at CBSE Board for all their support and guidance. I would like to tell other visually impaired students to use technology and study.” 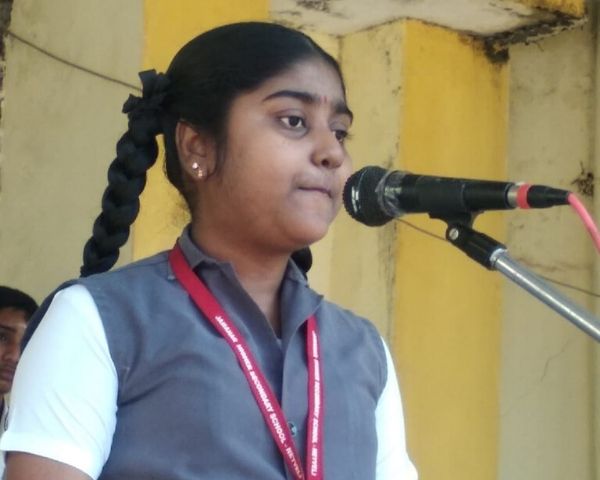 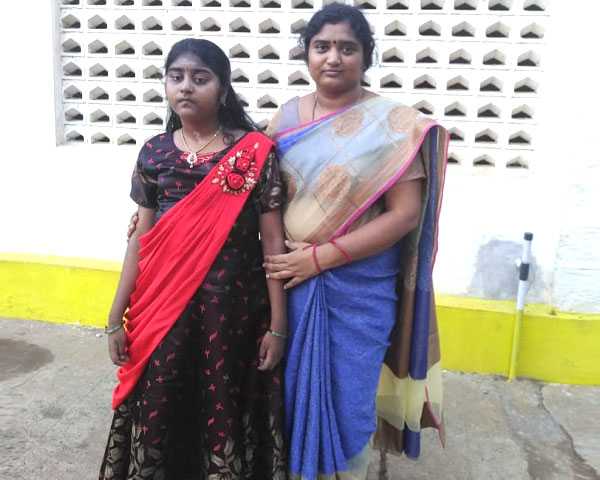