No Mountain Too High when it comes to Mission Inclusion

Chitrasen Sahu from Chhattisgarh is the 1st double leg amputee from India to scale Mount Kilimanjaro in Tanzania.

Chitrasen Sahu is a double amputee , a blade runner , a mountaineer , a wheelchair basketball player, a Brand Ambassador, a Motivational Speaker , with 2 strong causes close to his heart – Mission Inclusion and Plastic Free India.

Coming from a small town, he studied in a Govt School and went on to complete his Civil Engineering. He was selected in Air Force and was preparing for Defence Services and for other competitive exams. He felt his life was going on smoothly, but on 04th June 2014, his life took a complete turn.

On this day he was travelling back from his home, by train. At a station on the way, he got down to get some water. By the time he could buy and get back, the train slowly started moving. He ran for the short distance, and tried to board the moving train. Unfortunately, the handle on the door was oiled or greased, his slipped and he lost the balance and fell down. His legs fell over the platform , and the train was moving. Both his legs were severely damaged. ” One leg got amputated immediately. Twenty-four days later, my second leg too got amputated, due to medical negligence” he said.

While being at the Hospital itself , he started searching for options for his new future and started setting goals for himself.

He continued taking his competitive exams, but started realising about difficulties in accessibility and inclusivity. His wounds had not even healed properly while he was taking his exams. He was unable to sit for long, and had to sometimes leave his papers unfinished.

While facing his own challenges, he was beginning to get an interest in the welfare and development of other challenged persons. He was understanding the need for accessibility , for inclusion , and for counselling. He realized that not many were not aware of their abilities and strengths. He got down to work immediately to create awareness , and promote the need for inclusion in education, sports and work areas. He was instrumental in arranging assistive devices to hundreds of people , and has counselled close to two thousand persons.

Mountaineering , was one interest which Chitrasen Sahu wanted to pursue. He had already made up his goal of conquering the 7 Summits ( the highest peaks in the world spread across the 7 continents)

He knew that there was no Double Amputee Mountaineer, and this was going to be very difficult.        ” Conquering fear is the most import thing , once done, Conquering Heights would not be difficult ” says Chitrasen Sahu.

He started small treks and climbing small heights. No training institute was willing to enroll him, as they were not willing to take a risk. But with time , and a bit of easing in the rules, he was able to get trained and started proper mountaineering.  He soon was scaling a few ranges in Chhattisgarh and also in the Himalayan ranges.

A chance meeting with Rahul Gupta, an experienced mountaineer , helped Chitrasen Sahu plan for the bigger conquests. When Chitrasen discussed with Rahul Gupta about his keen interest to conquer Mount Everest, Rahul was stunned to see a double amputee with prosthetic legs having this mission in mind. Rahul had never worked or trained persons with disabilities. But Rahul was meeting a person with determination and readily agreed to work with Chitrasen Sahu.

Chitrasen Sahu started his 7 Summit plan by starting with Mount Kilimanjaro. The training took over a year with practise on different trekking locations.

Mount Kilimanjaro, Africa’s highest peak, is located in Tanzania . It is one of the world’s most popular trekking area for serious Mountaineers. It is a dormant volcano and requires trekking through slushy and slippery paths and bearing extreme climatic conditions

It was a six days treacherous trek and It was -10 to -15 degree conditions in which Chitrasen Sahu reached the summit on September 23 2019.

Usually when people reach these peaks , they take photos and videos immediately. But for Chitrasen Sahu there was a flashback playing in his mind.  After Hoisting the Indian Flag , he sat down and checked for wounds and blisters by removing the prosthetic legs.  While enjoying the sight and feeling thrilled at the achievement , his mind was playing a flash back of his journey from the date of the accident till this conquest. No other double amputee from India had scaled this peak.

Next on his list was Mount Kosciuszko the highest peak in Australia. This peak was conquered by Chitrasen Sahu on 02 March 2020. And he is confident he will complete the 7 summits and reach Mount Everest soon.

Another adventurous experience of his was skydiving from a height of 14000 feet . This again was the first of its kind – no double amputee mountaineer had skydived from this height. This was a big challenge as the organization had had no experience so far for a double amputee to do the jump.

Reaching the Mount Everest peak is his main goal , and soon he will  he says .

Chitrasen Sahu says he has faced and continues to face many roadblocks. He recalls how he faced difficulty in getting a licence to drive a car which he had purchased and modified . He had to go through legal procedures before getting a judgement which was in his favour and got him the license  to drive . He still feels the wheelchair basketball team did not get the support he was hoping it would get. But the team is performing well. He was not being entertained for the mountaineering training. Again it was his persistence, which got him going. He feels life will keep throwing challenges, and it is up to us to face them and overcome them.

He wants the entire society to understand the need for Inclusion.  Through his “Mission Inclusion”  he wants to reach out to both – the society and the persons with disabilities.

Focus on the society is  to make everyone understand that it is not sympathy which is needed , but rather empathy , understanding and creating accessible and inclusive environment. And focus on the Persons with Disabilities is to encourage them to face and overcome the challenges.

Through his Talks , his works and his Adventures , he wants this message of inclusion to be heard everywhere.

His one message in this is “overcome the fear and proceed – you never know to which heights life can take you.”

Ex-Para Forces will train persons with disability to Conquer Land Air and Water and double leg amputee mountaineer and skydiver Chitrasen Sahu from Chhattisgarh has been appointed as national ambassador for the mission CLAW (Conquer Land Air Water) Operation Blue Freedom – Maldives Recce 2020. Sahu will be one of the three Ambassadors from India.

Chitrasen Sahu’s name has been included in Wikipedia 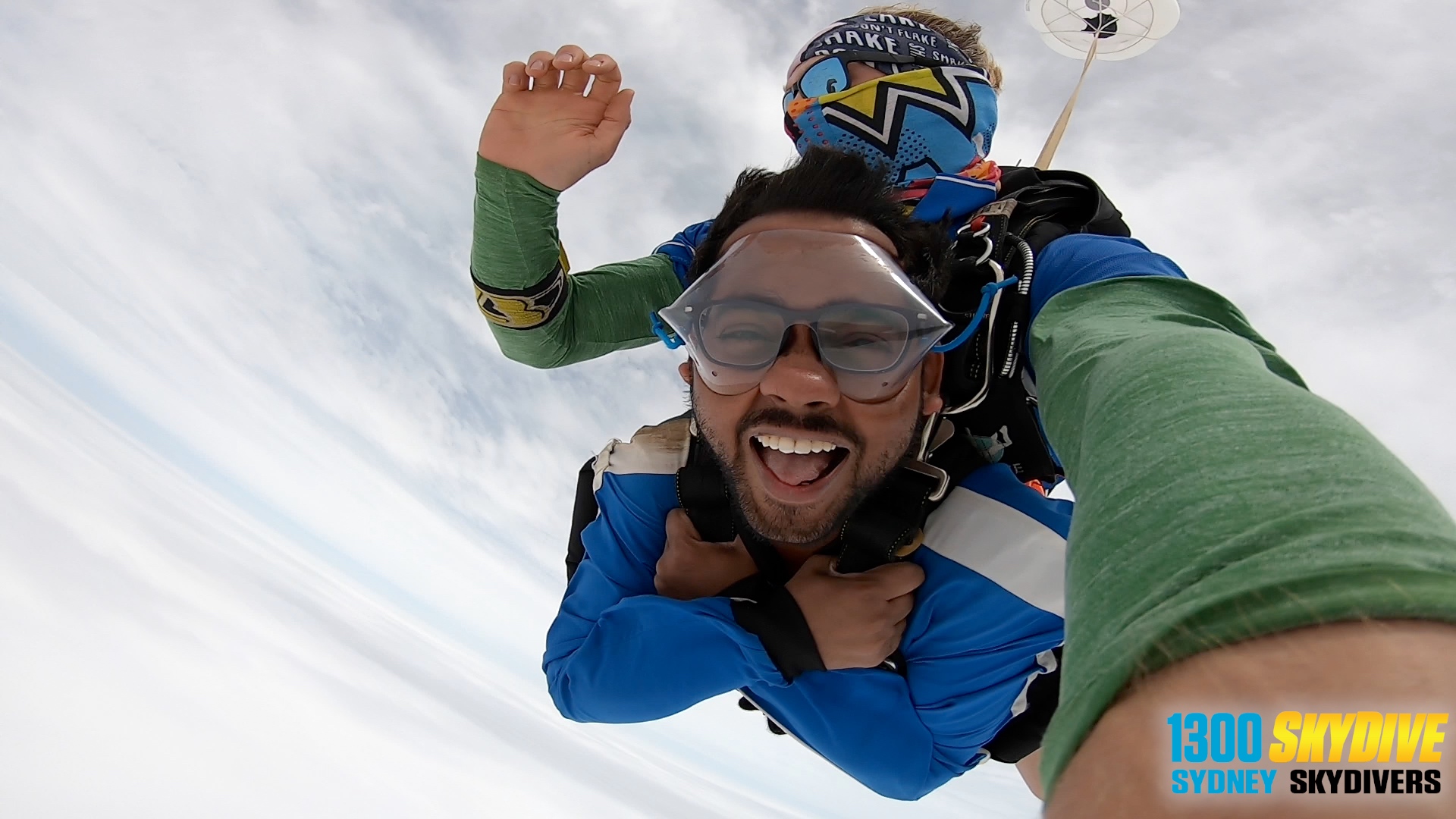 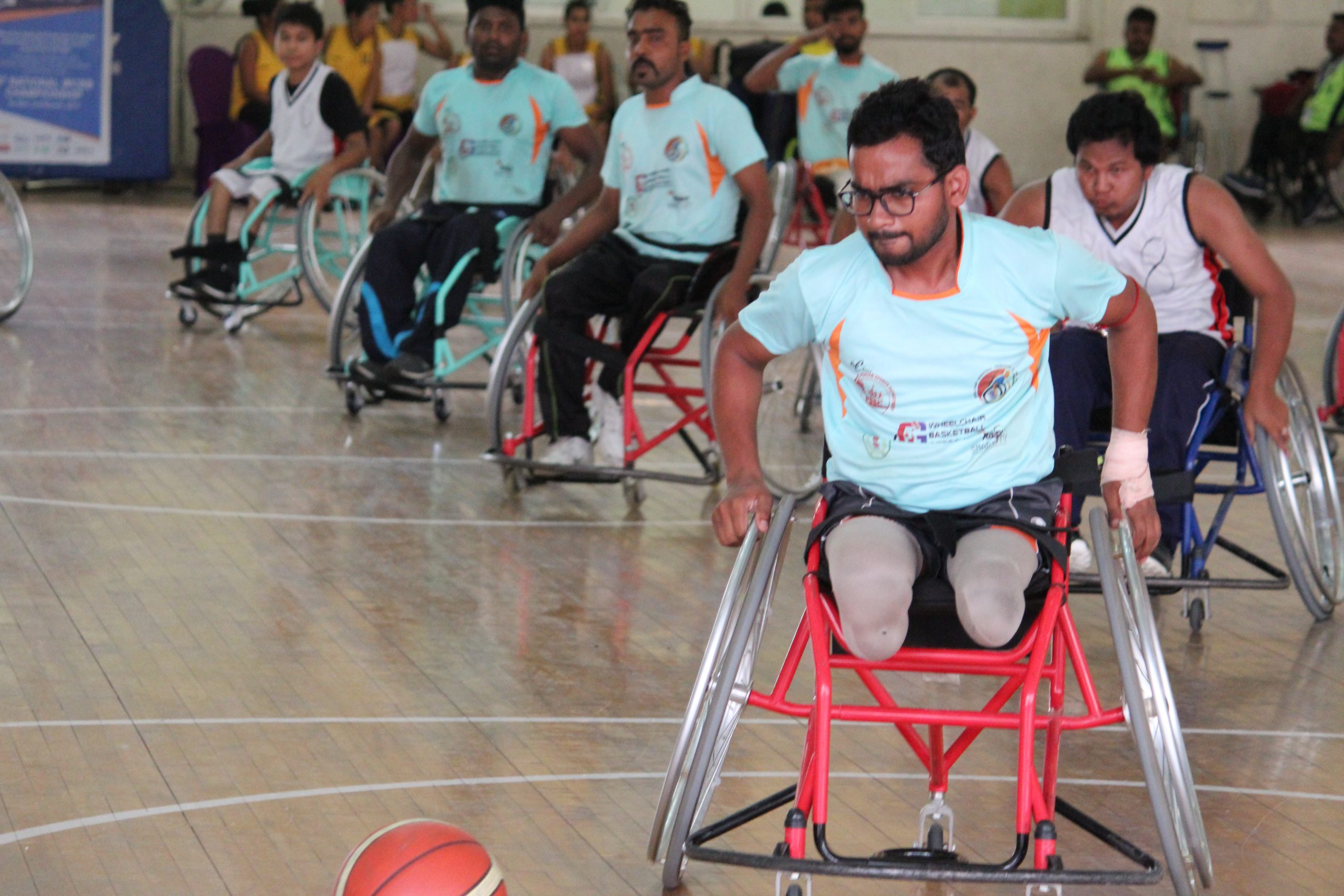 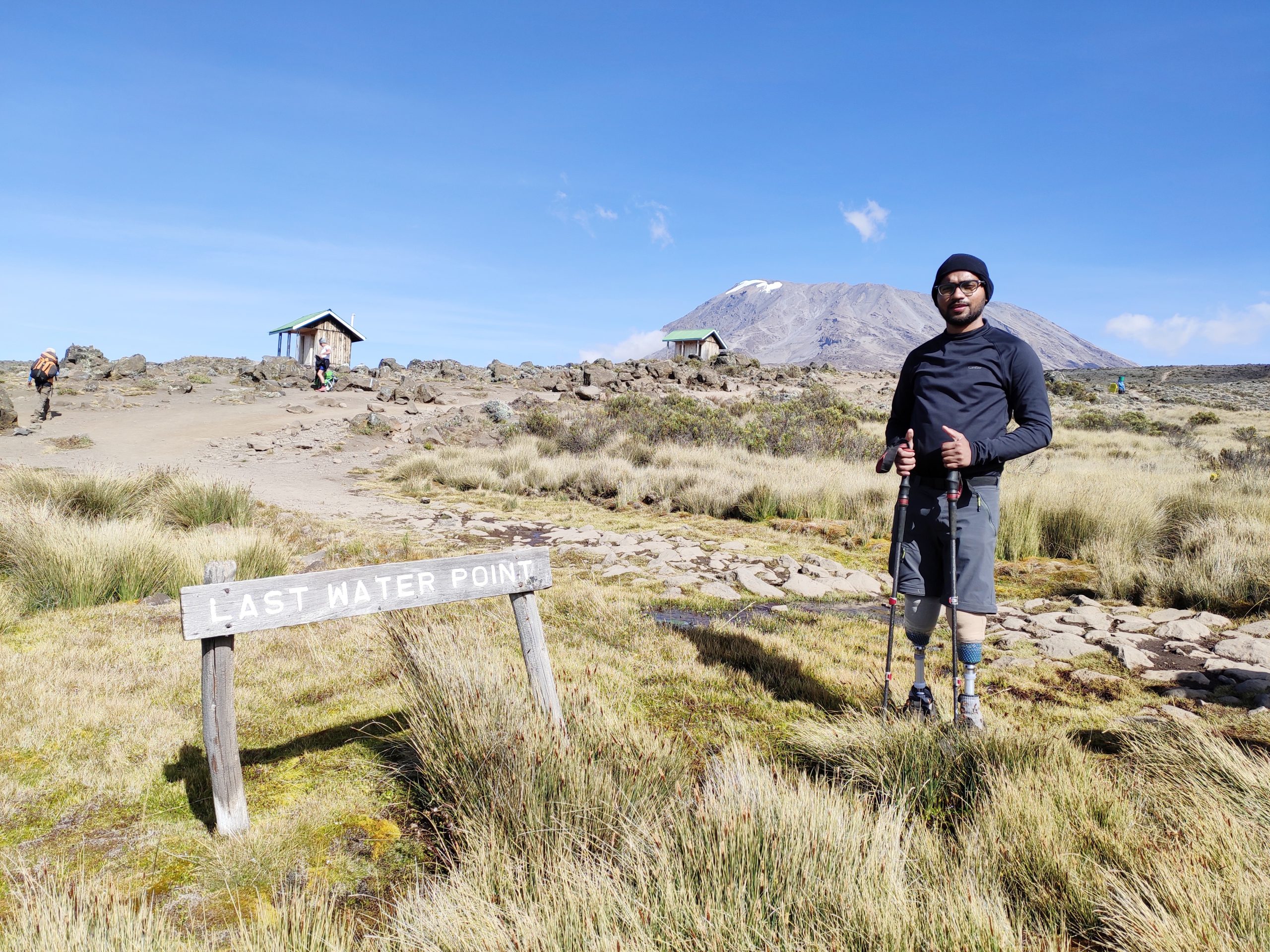 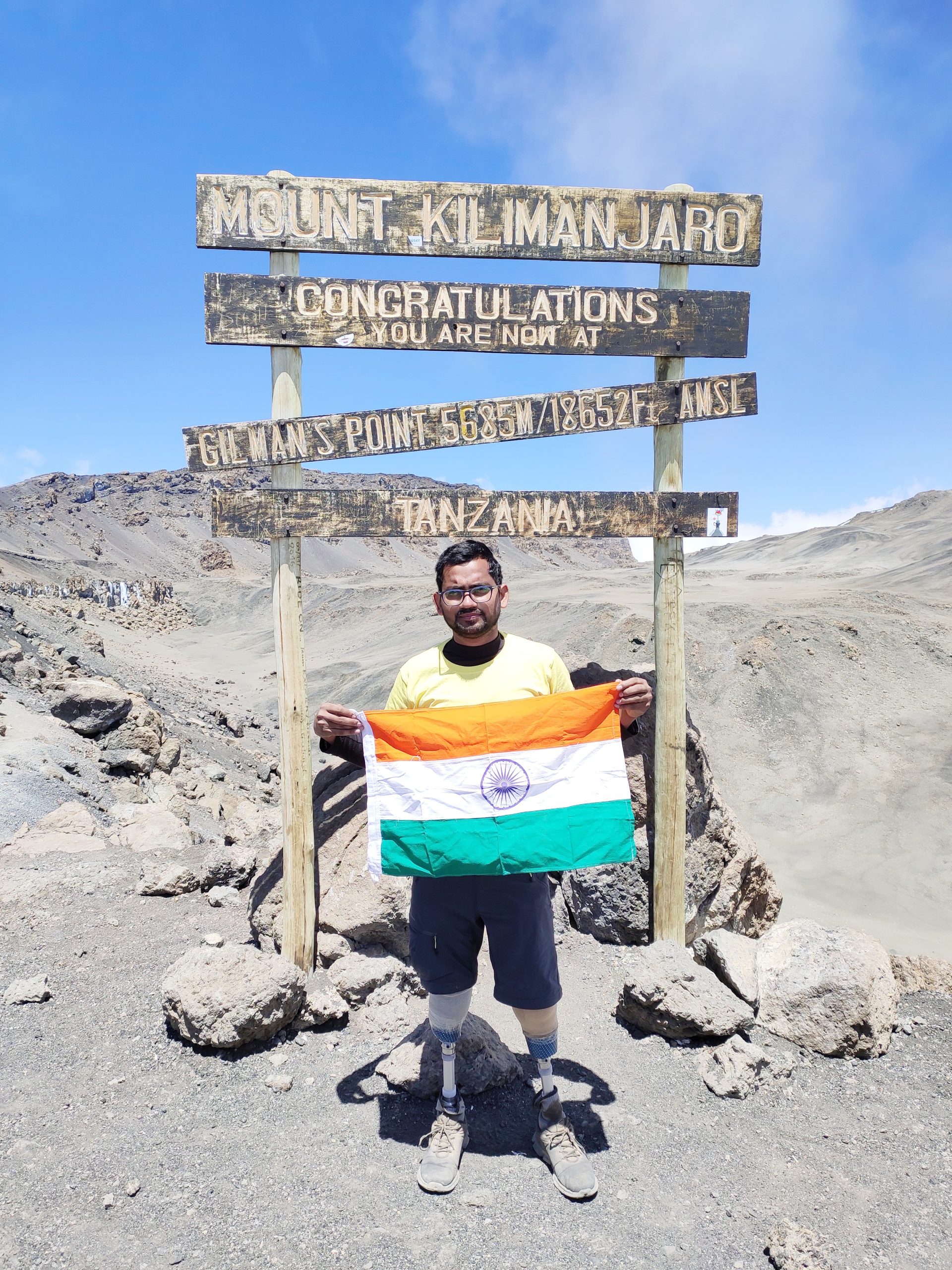 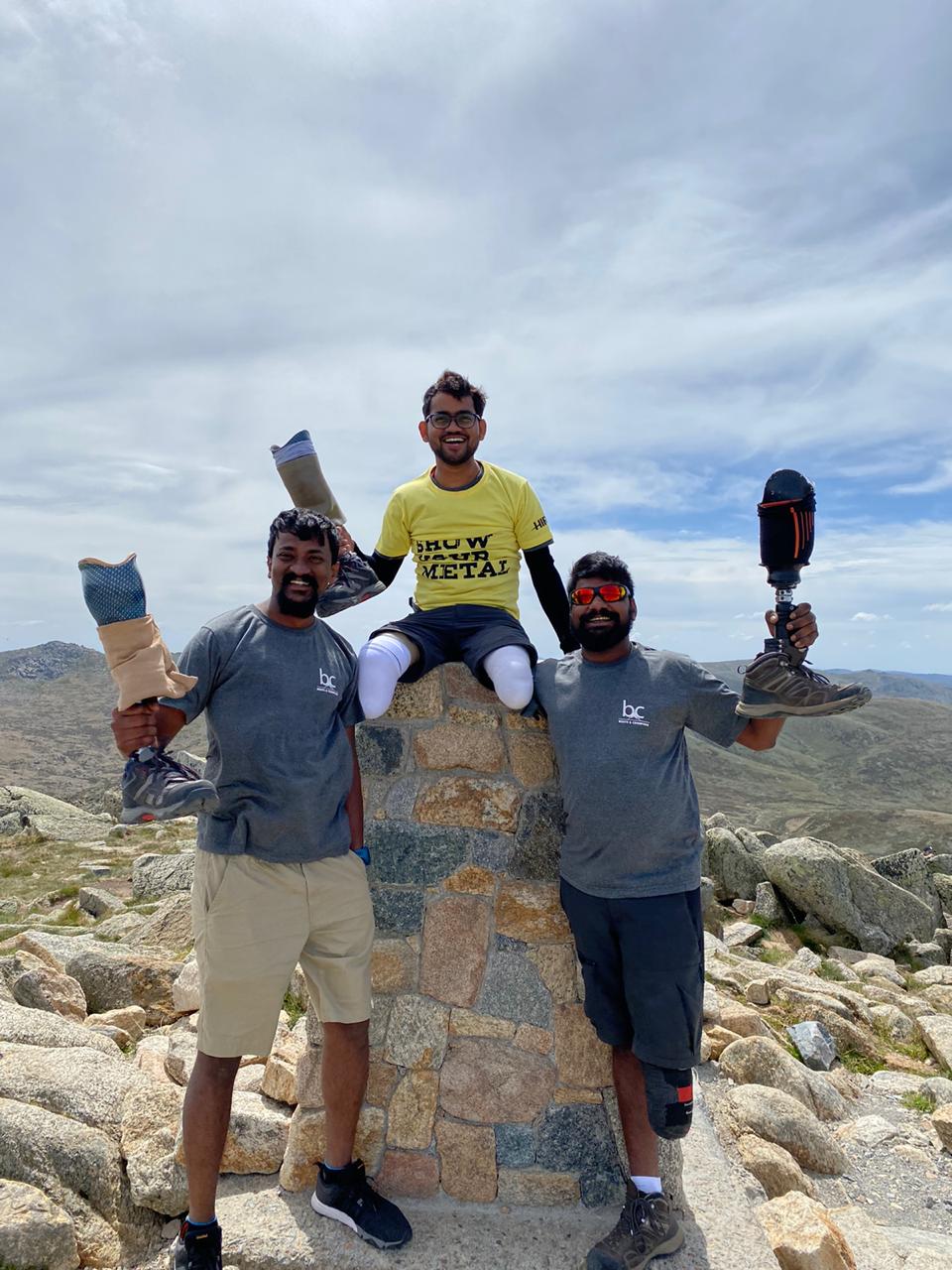 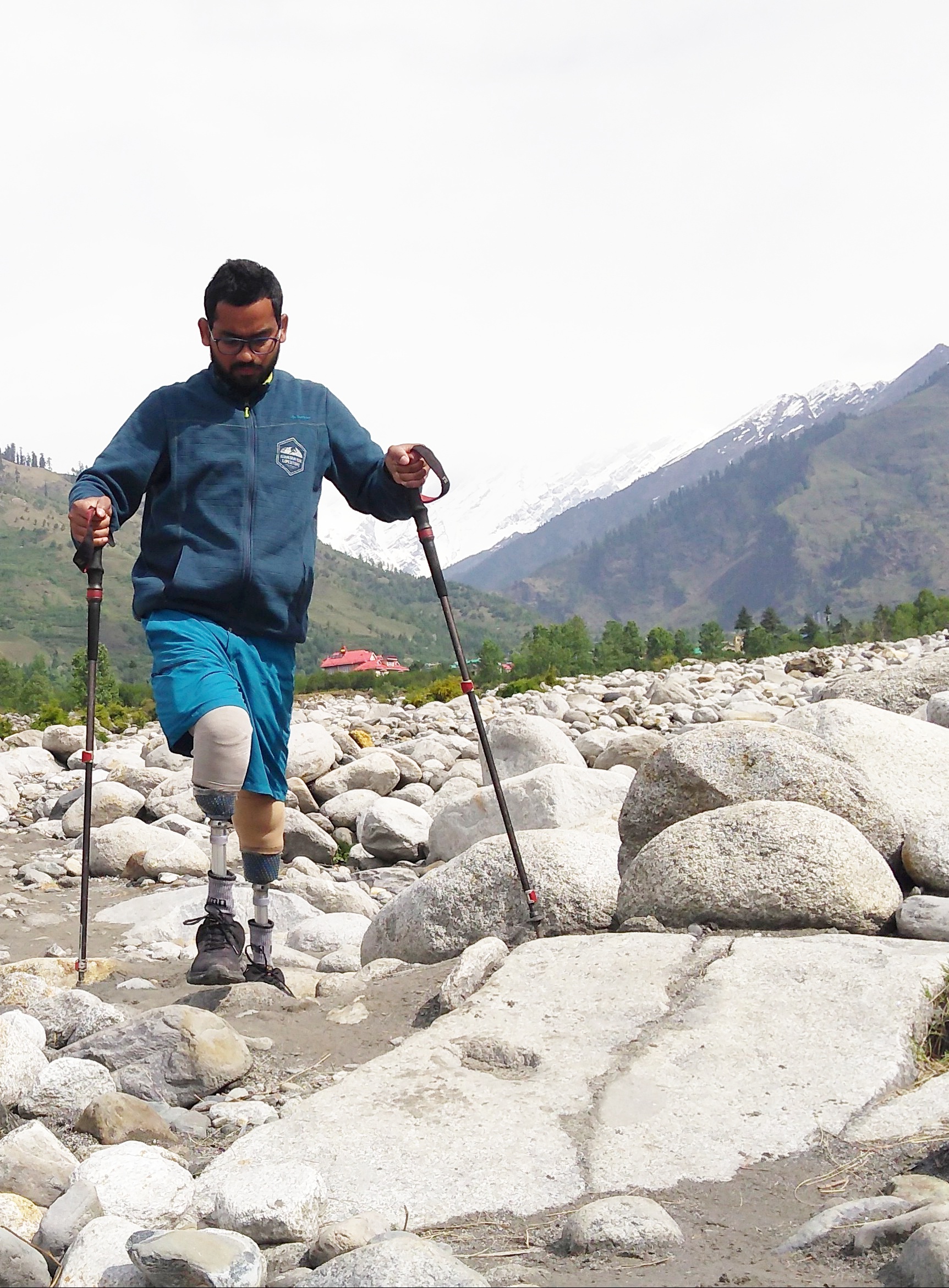